In a world with over one hundred ninety five countries each and every country having a beautiful side and an ugly side to them. Mexico, a home to as many as about one hundred twenty eight million, has many beautiful things such as their food, culture, art and literature. Generally with more tropical climates around the coastal areas and more moderate climates as you go inland.

However, some of the ugly sides of this beautiful country are: trafficking (i.e. sex, drugs, arms, human), poverty, and witchcraft. But before we dive deeper into Mexico’s ugly side, let’s talk about the great things this country has to offer.

First of all, the most notable thing is the flag. The Mexican flag has bold meanings behind it, with each color representing something significant. The green represents the hope of the people to their destiny. The white signifies the purity of the ideals of the people. The red part on the flag is a symbol of the blood of those who sacrificed their lives for their motherland.

The food is great. Mexican dishes can cover every type of craving. They offer “Tacos” of every type of meat. Some other popular dishes are: Pozole, Mole, flautas, and Sopes. Just like their foods, Mexico also offers a lot of places to visit. There are many great Aztec and Mayan temples that contain a lot of history. These temples were built for their sacrifices to their gods. Besides Aztecs and Mayans, Mexico also has over 60 indigionus types of people. However, there are mainly 10 indigioniuuso languages spoken.

As of 2019, the population of Mexico sits at 128,056,378. With that being said, more than half of the population believes in catholicism. The actual percentage is 86.5%.  That means 110,768,766 people are catholic. With the rest of the 13.5% is either agnostic, atheist, chrisitan, or believe in some other religious belief. This being said, we can evangelize to the people who have never heard the word or that dont believe in the word of Jesus.

Every country needs prayer, this month we are focusing on Mexico. This country has many things we should be prayed for, such as: poverty, witchcraft, santeria, as well as those that choose to pursue a better life and cross the border, and most of all for illegal trafficking. There are men and women out there that make money off of smuggling things to and from the United States. Not only do they smuggle drugs and firearms, but also men, women, and children whose only dream is to make something better for themselves by crossing over. These smugglers, better known as “coyotes” that do this usually are either part of a “Cartels” or some other criminal organizations. 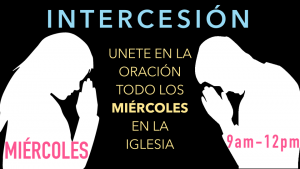